Rooms for rent in Lavapiés.

Find your perfect room for rent in Lavapiés and discover why it’s a great idea to live here if you’re looking for accommodation in Madrid.

Lavapiés is the oldest neighborhood in Madrid, and its origins go back to the time of the Jews. This area was inhabited only by Jews, they gathered together in the Synagogue (the actual San Lorenzo Church), and the neighborhood takes its name from the popular tradition they had at that time; they used to wash their limbs at the fountain in the main square, as a ritual of purification before starting their prayers. When the Jews were expelled in the 15th century, some of them converted to Catholicism in order to survive in the neighborhood. That’s why the oldest streets now have have names that exalt the Catholic religion.

Today, this neighborhood is inhabited by people from all over the world and we can clearly see different cultures coexisting.

The best rooms for rent in Lavapiés 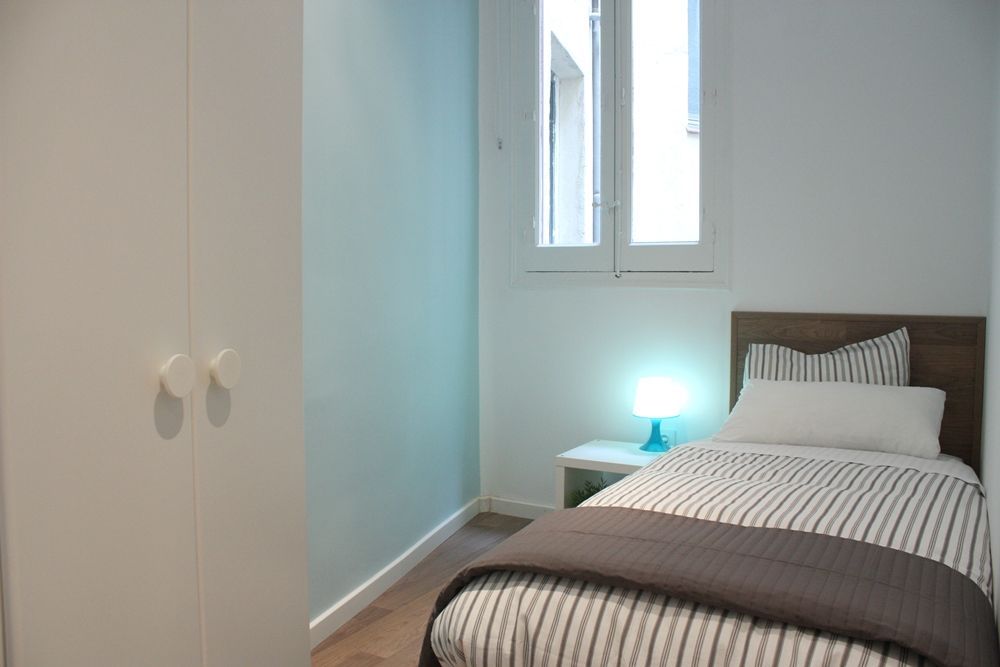 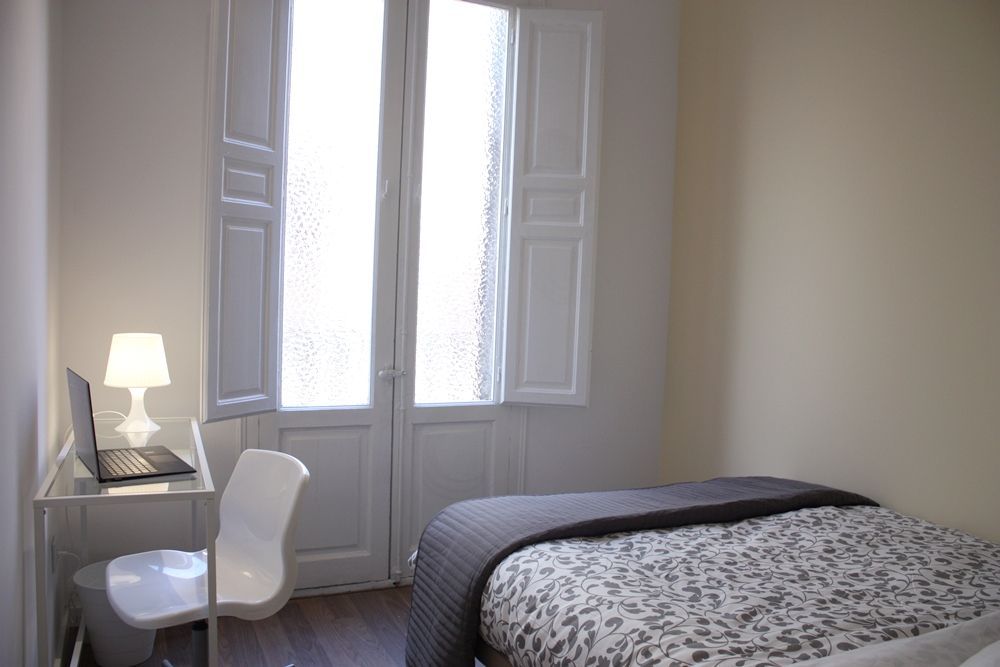 Double room with balcony in Lavapiés 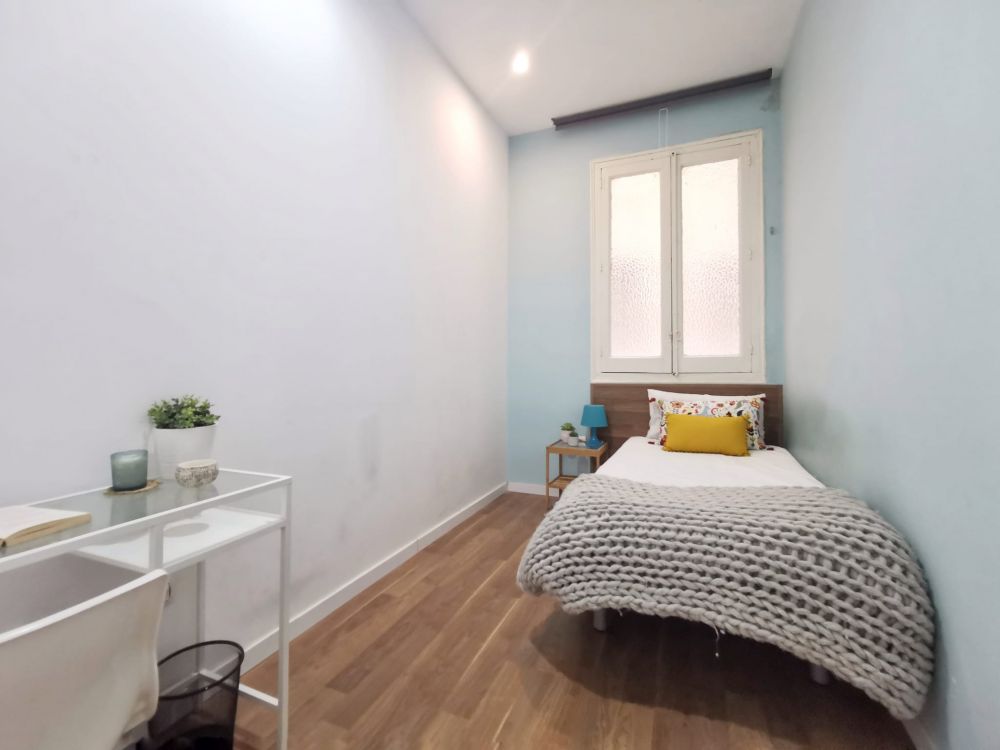 Beautiful and cozy room in Madrid 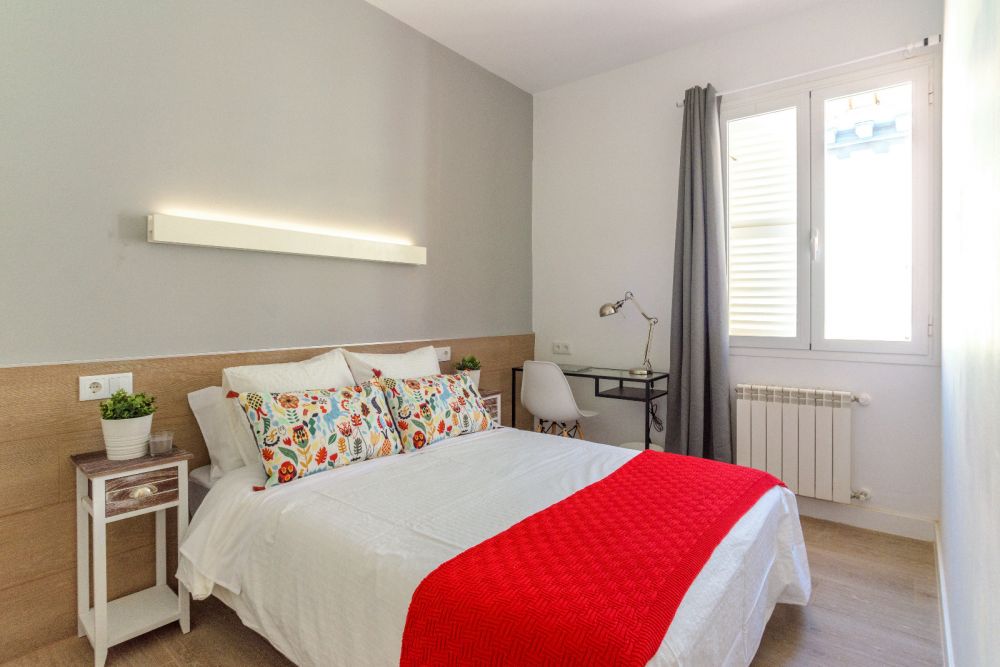 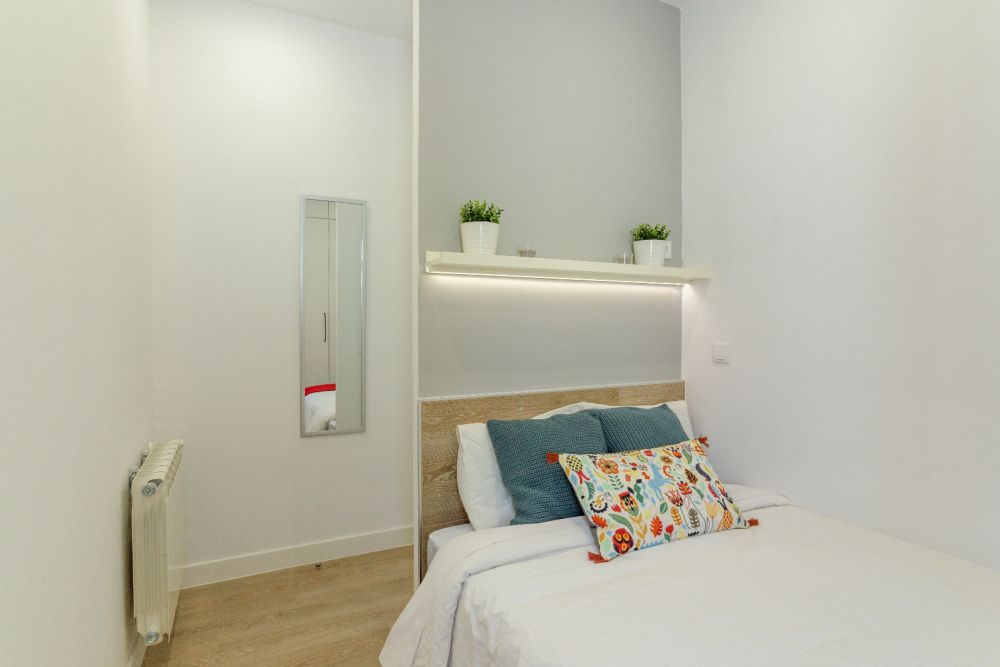 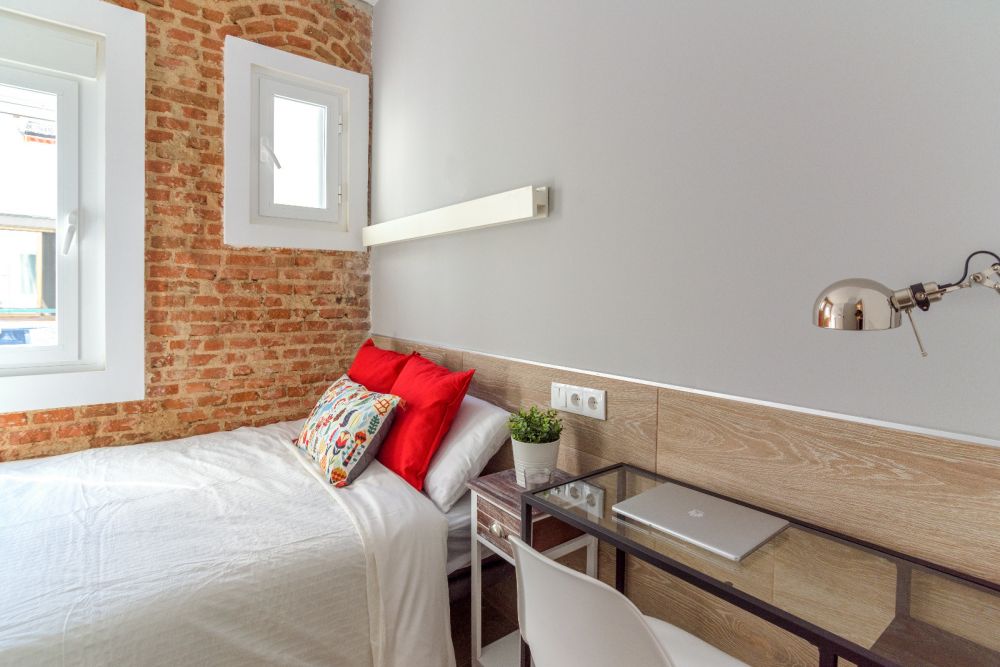 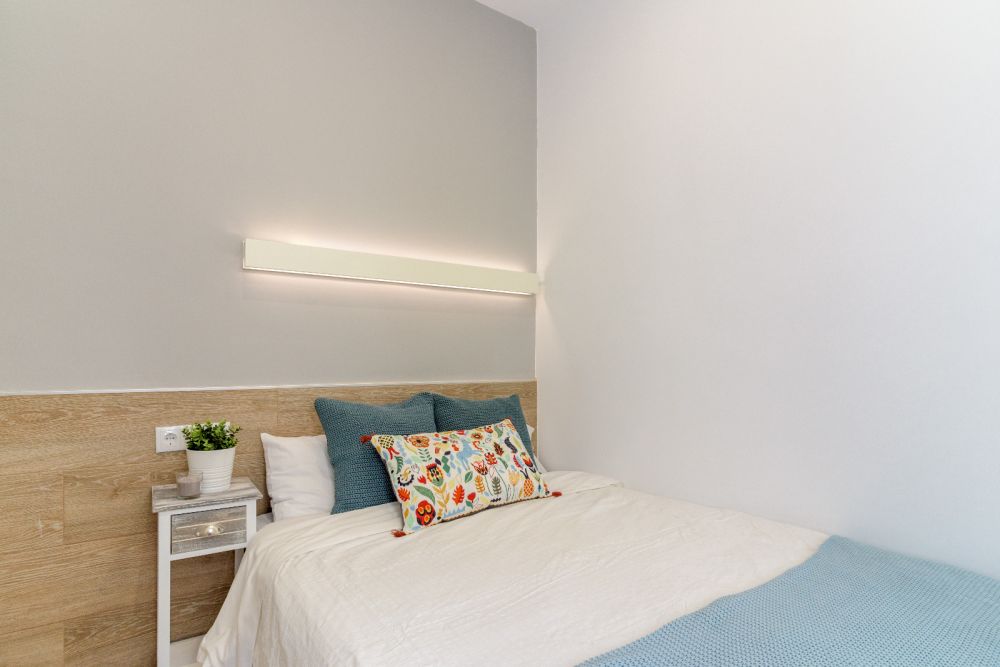 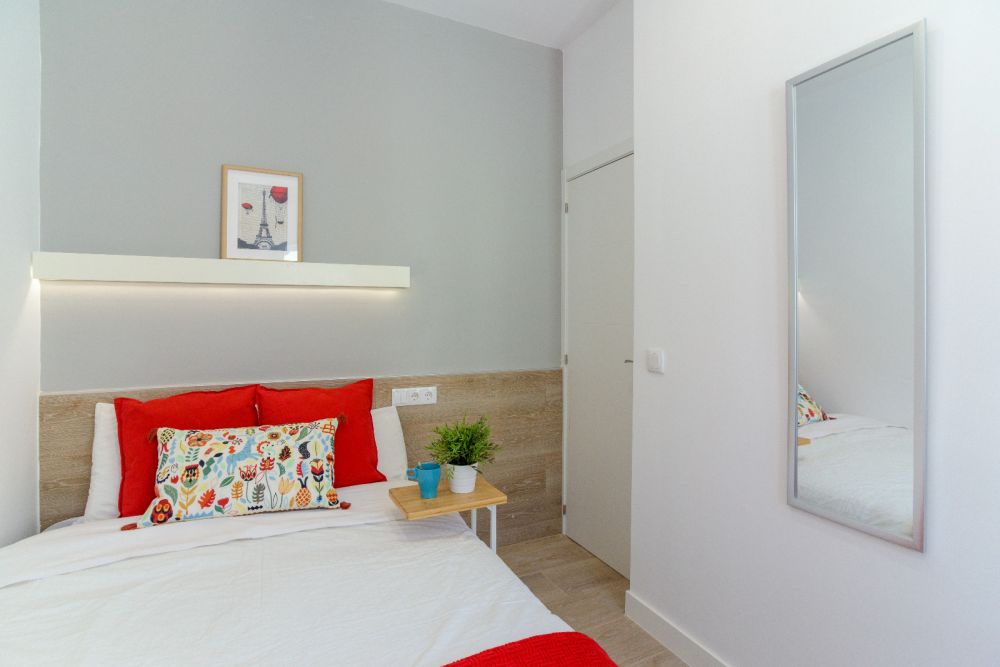 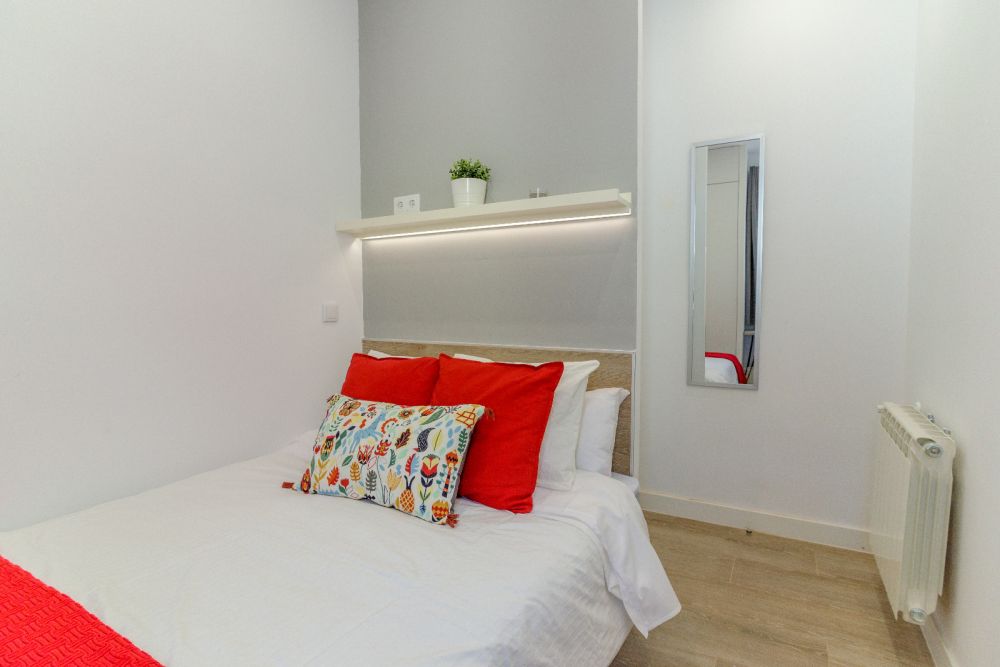 Why live in Lavapiés?

Lavapiés is located in the centre of Madrid, right in Embajadores district, the biggest one in central Madrid. It’s close to some of the most interesting spots of the city, and along with its multicultural atmosphere, it’s one of the reasons why young students and workers are attracted to this area.

If you rent a room in Lavapiés you will discover that despite being in the centre of Madrid, you will feel like in a world of its own, where locals are very welcoming and there's space and opportunities for everyone.

Surrounded by residential buildings, where you can find Valle-Inclán theatre and a small park.

It’s a triangle-shaped charming square with a lot of bars. It also hosts a flower market.

It’s an art and cultural centre where to find exhibitions and creative activities.

A landmark for locals, but also for foreign people, with all types of artisanal and ecological products.

That hosts some of the most important works from the 20th century (Picasso, Dalí, Miró and much more).

A big open-air market opened on Sundays, where you can enjoy and find any type of craft products.

Find the perfect room for rent in Lavapiés

At helpHousing we want you to have the best possible experience in Madrid, that’s why we provide you with high quality accommodation, such as rooms for rent in Lavapiés as well as personal assistance.

Rent a room in Lavapiés

What to do in Lavapiés

If you like Lavapiés atmosphere, wait to see it at night, you will like it even more! Be prepared to enjoy an incredible and unforgettable night in here. There’s a lot of bars where you can have some drinks and meet people from everywhere. But not only the people is multicultural, also the music and the rhythms. There’s a lot of locals with different vibes, you just have to find the one that suits you the most! You can’t miss La Candela or El Juglar, two of the most popular ones. To continue the night, we recommend you the nightclub Club 33, a typical of this neighborhood. Here is where the party is!

Lavapiés is well connected with the rest of the city, as it’s close to central points such as Sol. The main train station in here is Embajadores (C5). You can find these metro stations: