Rooms for rent in La Latina.

Find your perfect room in La Latina and discover why it’s a great idea to live here if you’re looking for accommodation in Madrid.

La Latina is one of the most historic neighborhoods in Madrid. It’s named after La Latina, the nickname given to one of the most cultivated women of the 16th century. Her original name was Beatriz Galindo, and she was a Latin teacher. Indeed, she was a highly recognised teacher.

Today, this is a very lively area formed by narrow streets, charming cafes and popular bars. If we stroll around La Latina, we wouldn’t say that in its streets there have been several historical events over time, which gives an interesting insight to this neighborhood.

The best rooms for rent in La Latina 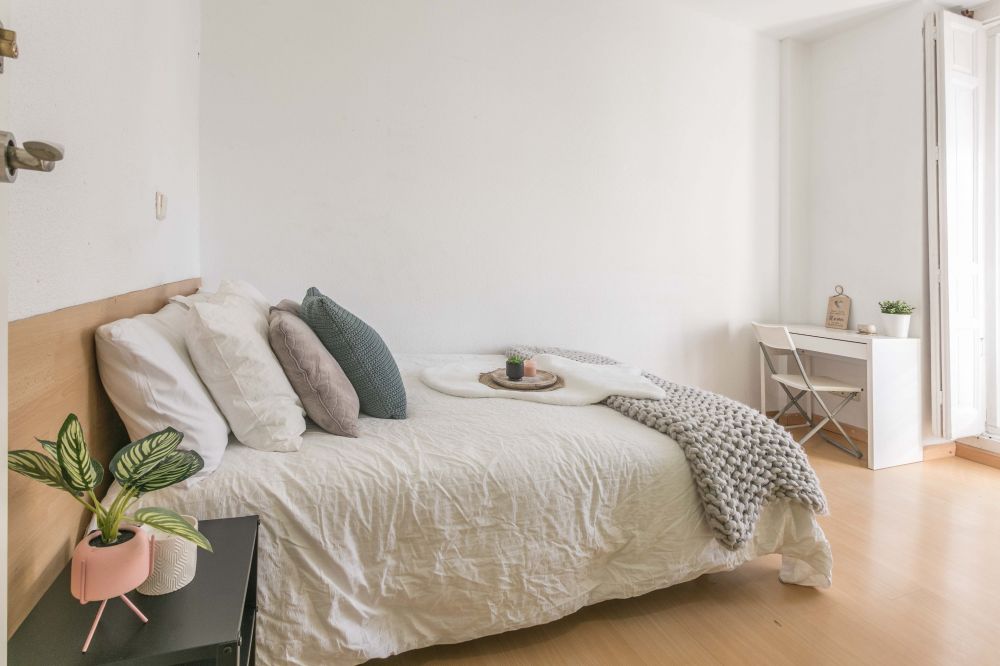 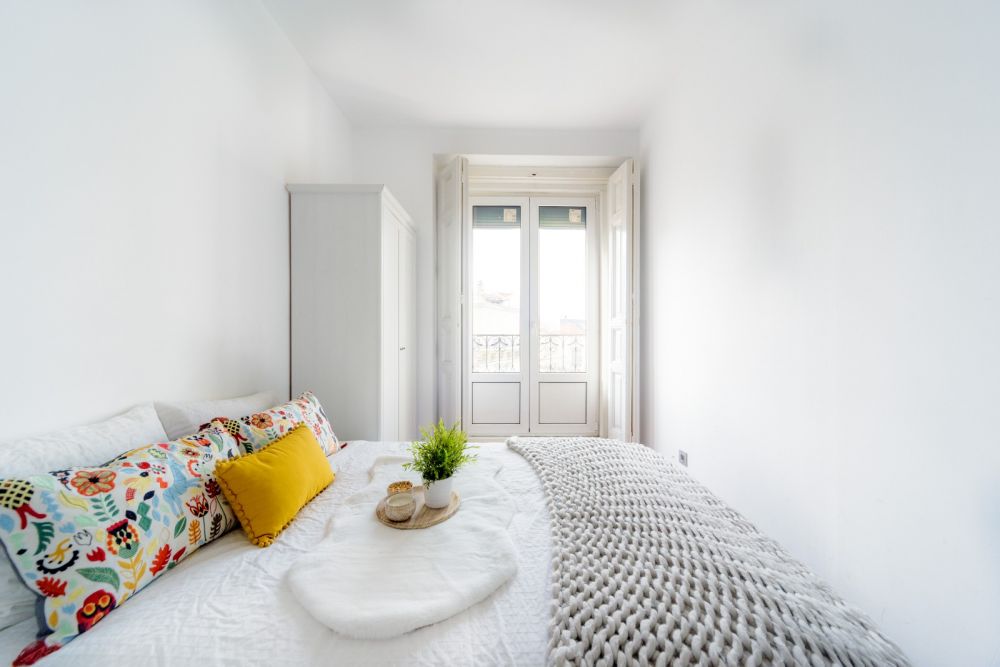 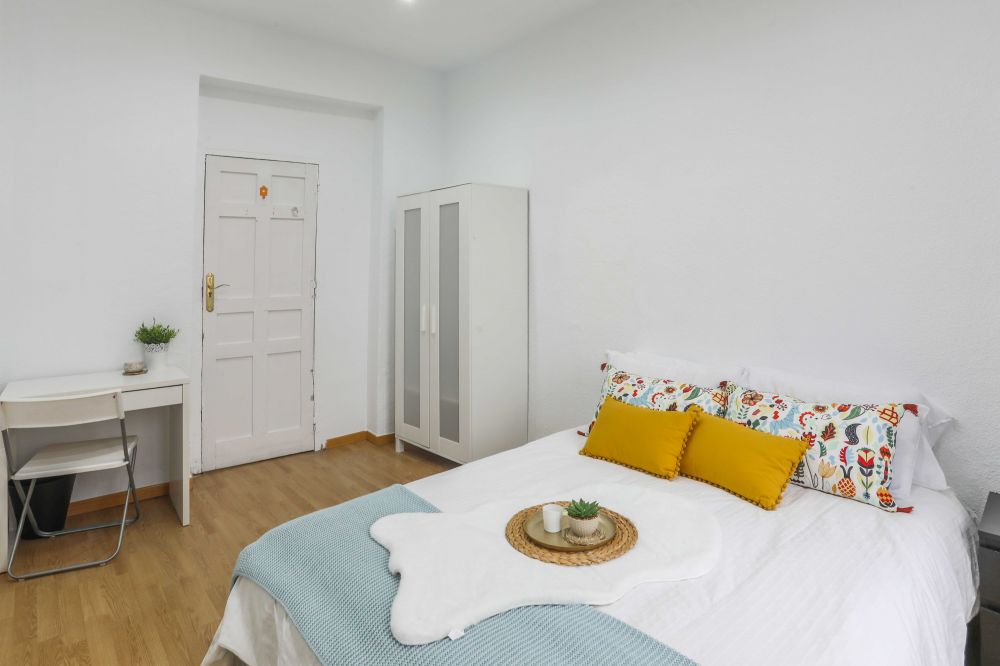 Room with a balcony in Redondilla Street 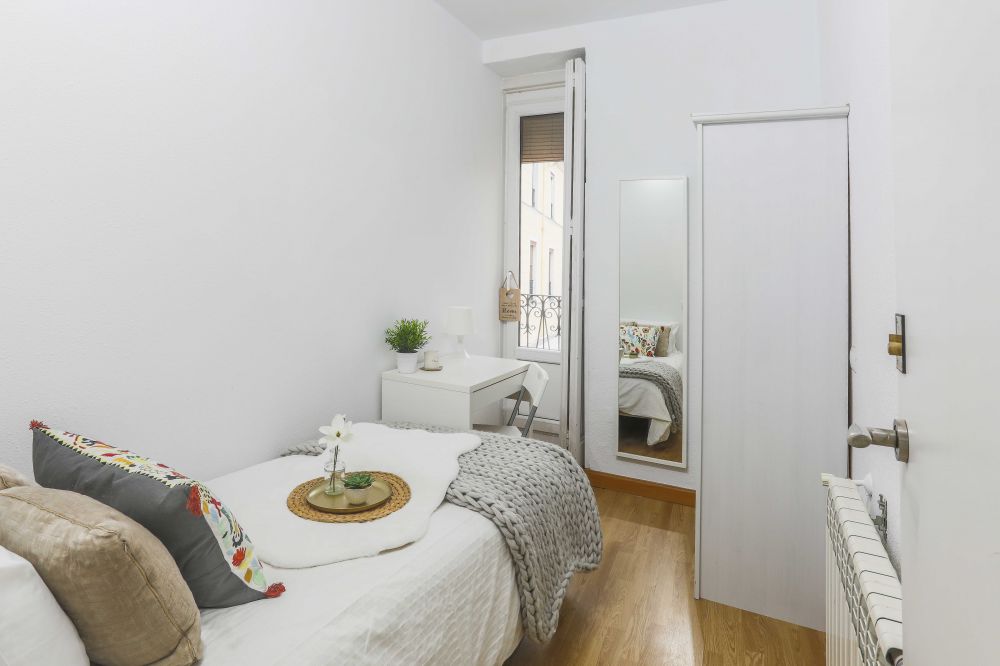 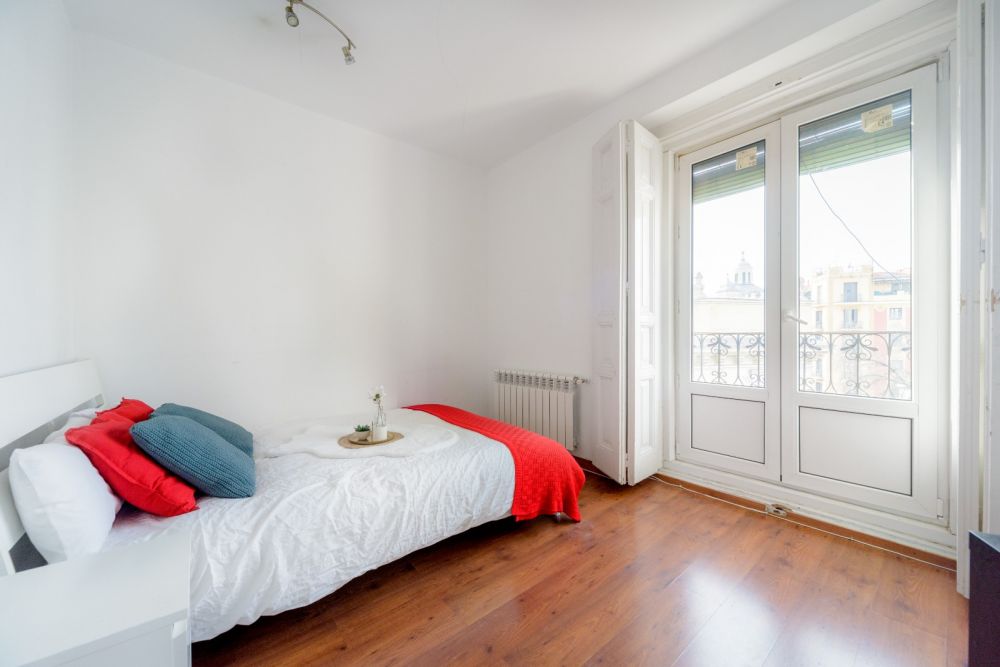 Cozy room in the centre of Madrid 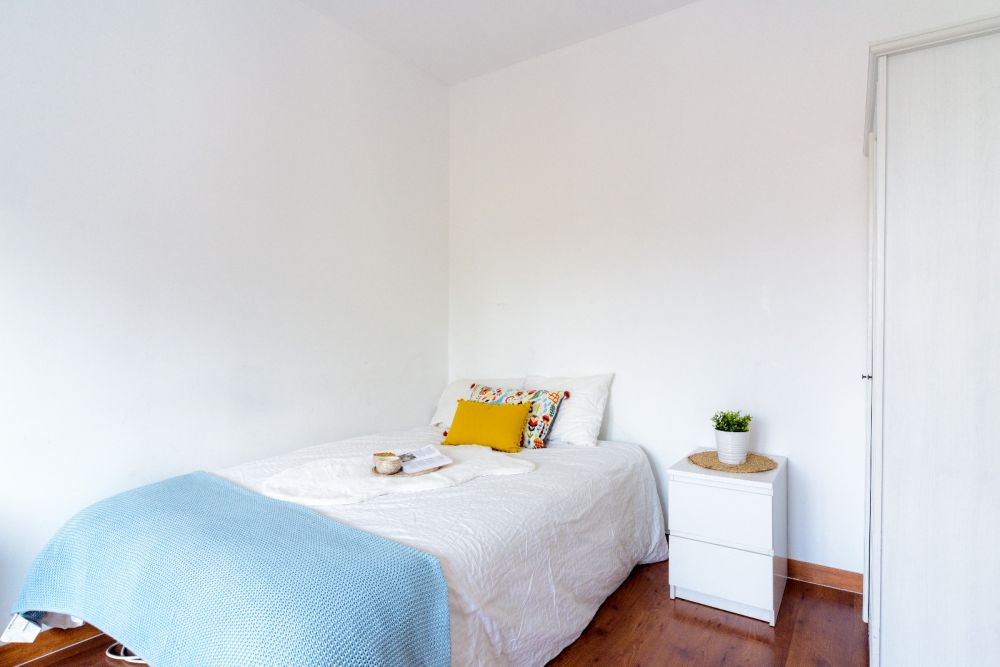 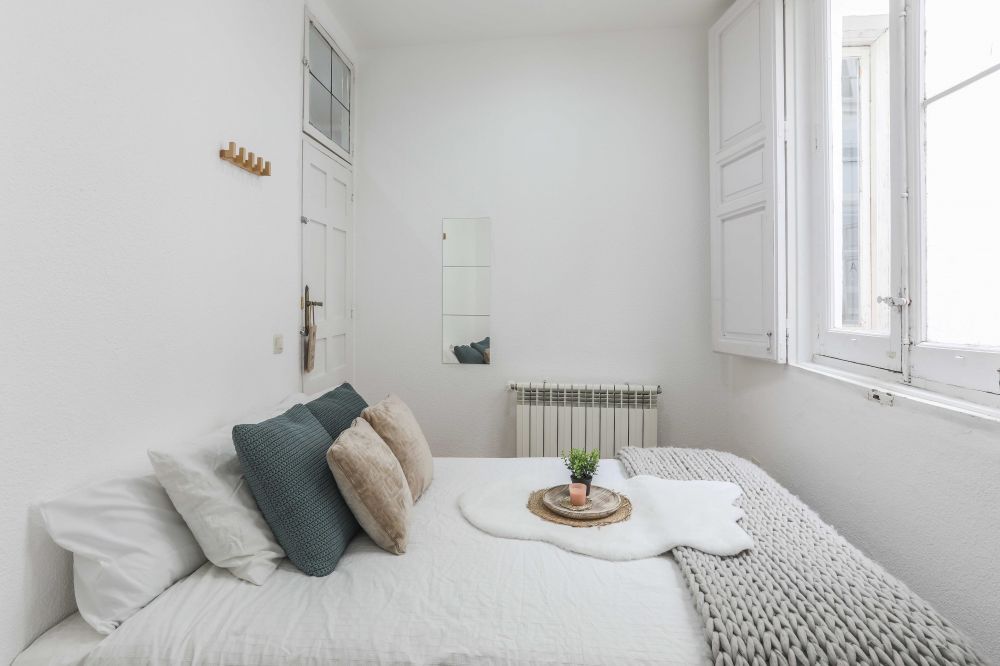 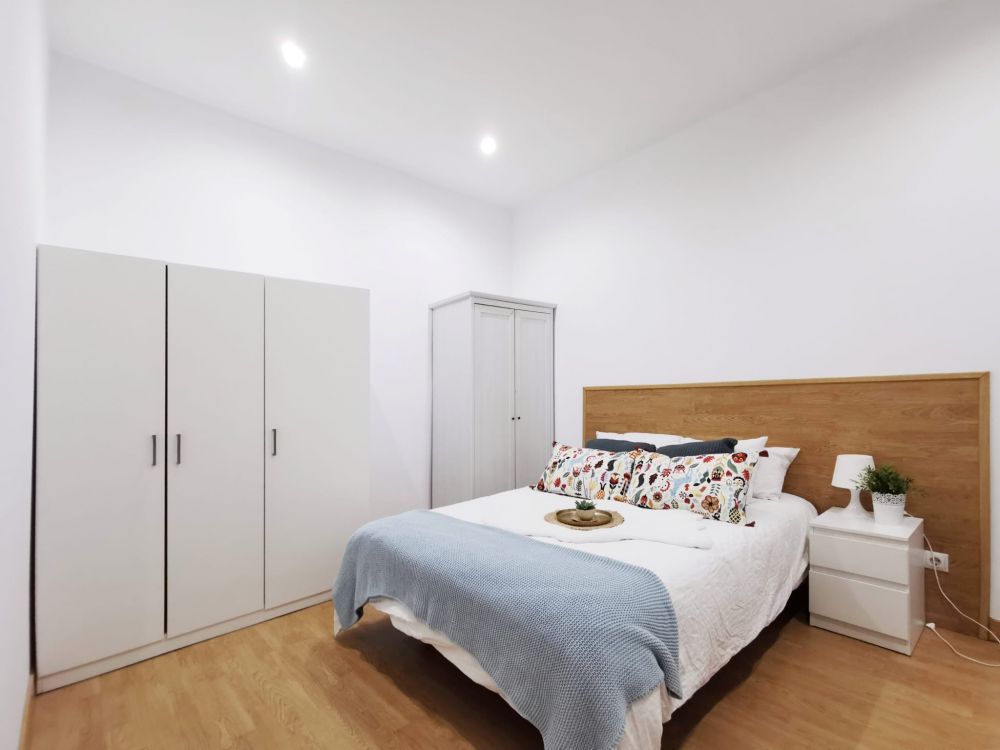 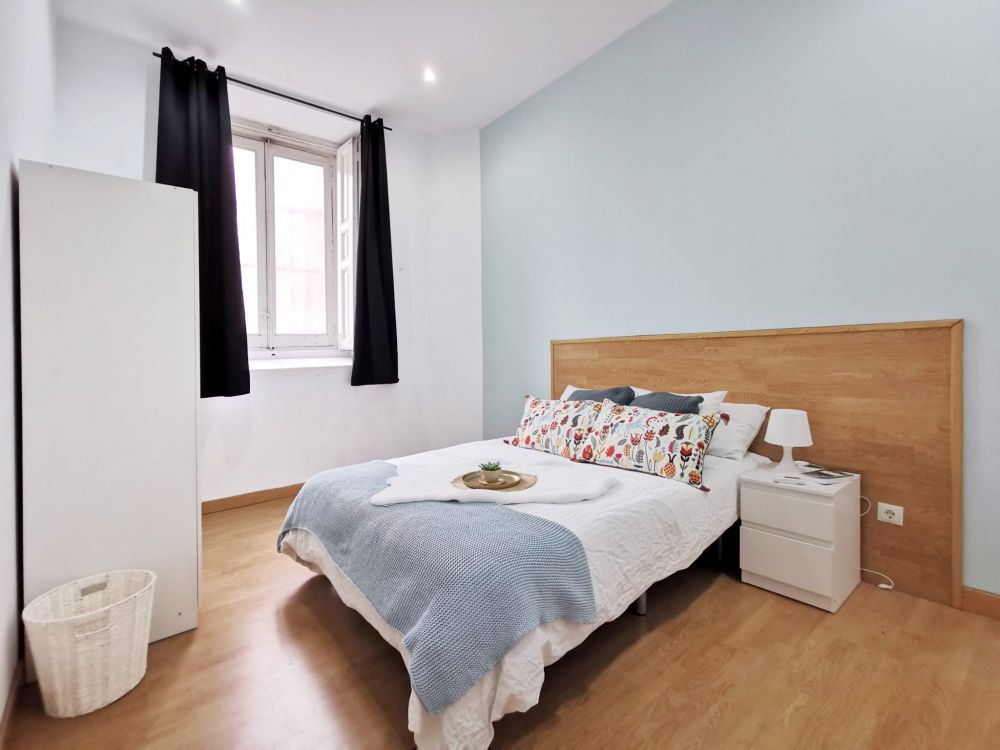 Why live in La Latina?

This neighborhood is located in the centre of Madrid. A lot of young international, especially students, choose to rent a room in La Latina, because it’s considered as one of the best neighborhoods to live in Madrid. Not only because due to its location, but also because of its atmosphere, vibrant and bohemian.

If you want to live in a great area close to all amenities, where you can see locals and tourists always spending a good time, La Latina is the place to be!

This emblematic square has countless terraces, a palace and a hidden garden behind a wall.

In this big open-air market you can find second-hand items while enjoying a great atmosphere.

This grocery market stands out because it’s decorated with beautiful graffitis.

A door that gave access to Madrid in the past, today it’s a beautiful monument worth visiting.

At helpHousing we provide young internationals with high quality accommodation, such as rooms in La Latina, so they can make the most of their stay in Madrid.

Rent a room in La Latina

What to do in La Latina

This charming neighborhood is full of squares, corners and places worth seeing, there’s a lot to do in here!

The most popular street where to find the best atmosphere and eat some good tapas is Cava Baja. We recommend you to go and explore it yourself, you won’t be disappointed!

At this point, we all know La Latina is a very lively area, with bars and squares crowded with people having fun. At night, the fun continues, in fact, it never stops.

Locals usually start their night by having some drinks in a bar, to then end it in a nightclub dancing until dawn. Some popular bars in here are Berlin Cabaret, Black Mamba or ContraClub; and here you can also find Shoko nightclub, frequented by youngsters.

If you want to enjoy a different but more traditional night, this area has a lot of flamenco houses offering dinners and shows, something you have to experience at least once while you’re in Madrid!

To move around from La Latina to other parts of Madrid, you can do it by metro or by bus (there’s day and night buses). In this area, there’s several metro stations, such as: