Have you ever thought about living in Barcelona or spending your holidays in there? No wonder why. In the capital of Catalonia you can do anything you want, from visiting the city to going to the beach, which is very close to the city centre. You can also go to the port. As you can imagine, it's the perfect place to spend your summer. That's why it is one of the cities with the most amount of tourist per year. Every corner of this city is special, and there is always a plan to do so you will never run out of ideas.

When we think about Barcelona, the first thing that comes to our mind are the buildings and the monuments. They are all breathtaking. But how were they built? And who designed them? Here's a fact: most famous attractions in Barcelona were designed by the same person. His name is Antoni Gaudí and he is well known not only in this city, but all over the world. Want to know more about Gaudí? Then keep on reading!

Who is the famous architect in Barcelona?

Who was he? Born in Reus, Catalonia in 1852, he showed an early interest in architecture. He later moved to Barcelona to study Architecture. Once he finished his studies, he immediately started to work in his own studio.

He started to plan new projects, and luckily (not only for him, for us too) most of them became true. Nowadays, his architectural legacy is considered World Heritage.

He has a characteristic style which consists mainly in the freedom of form, voluptuous colours and organic unity.

The Sagrada Familia is his most famous work, but we will talk about it later.

Knowing who Gaudí was, now you are ready to learn about one of the best tours to do in Barcelona: the Gaudi tour. A must do when visiting or living in Barcelona.

The best sights in Barcelona: the Gaudí tour

There's a lot of Gaudí tours in Barcelona, you can either book one in advance or do it by yourself. The second option is much better. That way you can take your time to visit the inside of the buildings (something you can't do if you book the tour online).

That's why we want to recommend you some of the best buildings this famous architect designed that you can't miss.

Prepare yourself because you are about to discover one of the most amazing tours you will ever do. You will learn about Gaudí's life and techniques while enjoying his stunning architecture.

This is the most important monument in Barcelona. This cathedral will impress you because of its massive size. The original project consisted in designing a Gothic style cathedral, but Gaudí complete change the plan.

Gaudi wanted the Sagrada Familia to become a worldwide masterpiece and he continued working on it (focusing mostly on the facade) until the day of his death. That's why the construction of this monument is not finished, but it still continues today.

It is an expiatory temple. That means it is used as a place to commemorate the reparation of sins against God and the Church.

The outside of the monument is amazing, but the interior is interesting too. Gaudi was inspired by nature to decorate it, but always using his personal style.

This is a mandatory stop, and if you want to enter the inside you must pay the ticket.

You can go up to the towers where you will enjoy the skyline.

It is more than a public park, it's a symbol of the city of Barcelona. Its natural environment mixes with the architectonic elements, and makes it unique. In 1984 the UNESCO declared it a World Heritage Site.

In here you will see a lot of families strolling around and having a good time, and people walking their dogs. A nice atmosphere for a nice visit.

It's the most important avenue in Barcelona. The best place to do some shopping, but there's something more important to do. You can't stop here without admiring the Catalan Modernism of the monuments, all designed by Gaudi. These are the ones you need to visit:

It's one of the earliest works of Gaudí, so people consider it has a lot of conservative elements, except for the facade, which has modern elements on it.

He designed this building in a moment where things were changing. Architects started to use their own style with more freedom, without being conditioned by other styles.

They opened a Chinese restaurant in here, called China Crown.

By following this guide you will discover the city of Barcelona in detail. You will see impressive buildings in different locations that will make your stay in the city unforgettable. Be ready to wake up early in the morning, Barcelona streets are always full of tourists.

Now that you have all the information to do the Gaudí tour, you don't need to wait any longer, pack your things and get on track! 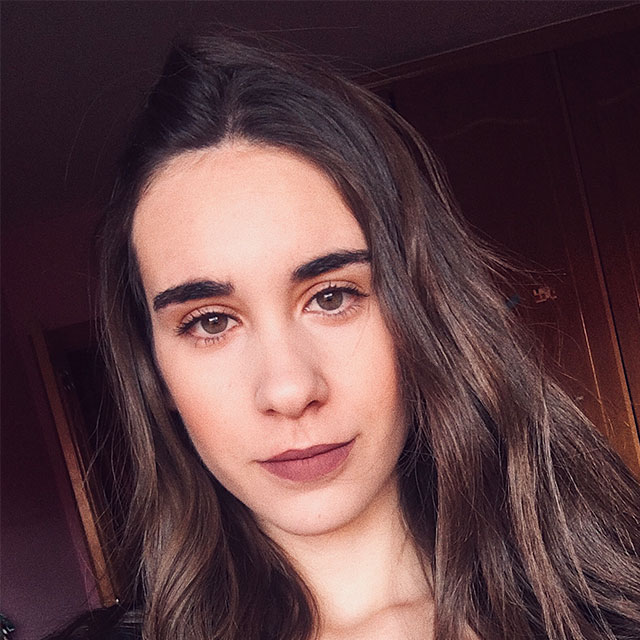 Born in Madrid, I'm passionate about languages and traveling. Always willing to discover new places, I never say no to new adventures.